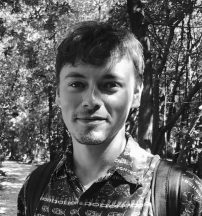 Guy is a writer at BestOnlineCasinos.ca and is currently based in London. He is responsible for producing accurate, relevant, and SEO-mindful content across the site, always with an acute awareness of responsible gambling practices and how best to promote them.
Guy graduated from the University of Leeds in 2017 with a degree in English Literature & Philosophy. From then, he spent some travelling before taking up an account executive position in a small tech PR agency. This experience exposed him to the world of content production and business media, where he was required to write to specific briefs and across a wide range of topics. During his time in PR, Guy had articles published in an array of respected trade and technology titles, including Information Age, ComputerWorld, and IT Pro.
Guy attributes his interest in gambling to watching the cult film The Sting aged 12; in particular, Paul Newman’s counter-cheat against Lonnegan – “four jacks!” – instilled an admiration for all card games. His appreciation of these games extends to their rich histories which have attracted some of the world’s greatest thinkers to posit theories on how best to play them. Their migrations throughout Europe and across the Atlantic also make for fascinating reading.
While poker and blackjack are particular casino specialisms, Guy also enjoys the wonders of the roulette wheel, and contemplating at what moment Blaise Pascal realized his failed experiment had inadvertently created the world’s most famous casino game.
In his spare time, Guy is an avid consumer and player of sport. You’re also likely to catch him reading and watching across a broad range of styles and periods, listening to the entire back catalogue of Desert Island Discs, or spending way too much time playing online chess.