When it comes to real money online slots, no theme is too bold or big, with games based on everything from Norse mythology to ancient empires to Marvel superheroes. The diverse choices on offer is part of the enduring appeal of online slots, whether they’re played for free or for real money.

Read on and take a look at our user-focused reviews of the best real money slots on offer for Canadian online gamblers.

Use this page as a useful comparison tool for sites, games, and welcome bonus offers – from there, you can easily find the right site for you, and enjoy spinning the reels of a world-class real money slot.

Although online slots have a simple premise – that is, to spin the reels and hope for the best – the gameplay itself can sometimes take a bit of time to get used to. This is one of the reasons as to why Canadian casino sites will host both real money and free-to-play versions of their slots collections, giving players the chance to understand how the game works before committing to real money wagers.

At BestOnlineCasinos, we always recommend that our users first familiarize themselves with any new betting market before putting their hard-earned cash on the line. Whether you’re spinning a new slot, taking to the table for a hand of blackjack, or wagering on the NHL – it’s always a good idea to do your homework first.

Two properties of online slots that underpin the mechanics of the game are return to player (RTP) percentages and variance – here’s what they both mean.

A slot’s RTP is an indication of how much players can expect to receive as payouts from one slot over time. The figure is given as a percentage of your stake, and the average RTP for real money slots is around 96%. This means that if you were to wager $100 on a slot with this RTP, you could theoretically expect to receive $96 back.

However, these figures are derived from massive data sets, which leaves plenty of room for fluctuations over any one gambling session. RTP rates are far from a guarantee of how much players can expect to win, and payouts can deviate massively from the advertised percentage.

RTP is essentially an expression of the slot’s inherent house advantage. All casino games ever created have been designed to favour the casino; if they weren’t, casinos simply wouldn’t exist. Online casinos are businesses, and although players can experience significant payouts in isolation, the mechanics behind a casino’s games ensure that, over time, the house will always win.

Another feature of real money slots to look out for is variance – an assessment of the size and frequency of a game’s payouts. A slot can be deemed to be either high, low, or medium variance. If it’s high variance, payouts will be infrequent but potentially high; if it’s low variance, it will be the opposite. Medium variance slots, as a result, sit somewhere in between.

If you’re looking for some of the best payout slots that Canadian casino sites have to offer, here are some recommendations.

NetEnt might be known for its extravagantly designed games, but Mega Joker takes inspiration from the mechanical slot machines of old, with two traditional 3×3 reels filled with all the familiar fruit symbols. It has a huge RTP of 99%, with wagers ranging from $1 to $10. The base game focuses on the lower set of reels, where any wins generate credits on the super meter.

The latter essentially serves as the game’s only bonus feature, and takes place on the upper reels. The super meter gives players the chance to hit bigger jackpots at higher stakes, but players have the choice between sticking to the base game or utilizing the super meter mode. The jokers are the highest paying, and there’s a progressive jackpot available for those who wager the maximum coin value in the base game.

Created in collaboration with Scientific Games and Barcrest, Rainbow Riches Reels of Gold is a ten-reel slot with an RTP rate of 98%. This game has an incredible seven different bonus features, all of which give players the chance to earn bigger payouts. Landing three balloon symbols on the reels also triggers a free spins round, where there’s potential to win a payout at 200x the stake. The game takes place over two sets of reels: on the left is a 5×4 grid, and on the right is an interesting 5×12 grid, both of which contain the same Irish-themed symbols.

Microgaming’s Immortal Romance has been one of the biggest slots of recent years, with 243 different paylines, a max jackpot of 12,000x the stake, and an RTP rate of 96.9%. We’re in the realm of Stoker’s Dracula here, with the game taking place inside a gothic castle, complete with gargoyles and baroque statues.

This slot has lots of bonus features, but the gameplay is straightforward, taking place on a simple 5×4 grid. Wilds are the Immortal Romance symbols, and these double the payout when completing a winning payline. The randomly triggered wild desire bonus round keeps players on their toes, and there’s a chamber of free spins for anyone who lands three scatters on the reels. In this chamber, players must choose one of four different bonus rounds that are unlocked throughout the game.

Head into the jungle in Playtech’s Ugga Bugga – a low variance slot with a huge RTP rate of 99.1%. This game has a great soundtrack, transporting players into the world of African tribesmen, with colourful masks, foods and bongos appearing on the reels. This game essentially has ten sets of three reels, with players choosing whether to spin or hold their symbols across the other reels. Pay attention to the shining mask wild symbol, which unlocks multipliers for increased wins.

Jokerizer has the lowest RTP rate of all of the slots recommended here with 94.2%, but there are plenty of reasons to spin its reels. For starters, it contains all the quirky animations typical of a Yggdrasil slot, and the game’s ten paylines travel both left to right and right to left. Three jokers appearing on the reels will deliver a mystery win; if these jokers are aligned, players will receive the max payout of 6,000 coins.

When you play online slots for real money, you’ll be able to make use of a bunch of different bonus types. Here are some of the most common at Canadian online casinos.

When it comes to the best real money slots deals, free spins are much sought-after. These are regularly included in the welcome packages of Canadian online casinos, and give players the chance to take to the reels without staking their own cash. For existing players, free spins bonuses are usually dependent on a minimum deposit, such as an offer of 20 free spins when depositing $10.

Matched deposits are regularly offered up to new players, and mean that the casino will equal a portion of a player’s deposit up to a specific amount. For example, if you’re offered a matched deposit of 100% up to $100 and you deposit $20 after signing up, you’ll be given an extra $20 to bet with.

Online casinos will often saddle their bonuses with a condition called wagering requirements, meaning that players have to wager their bonus funds a certain number of times before it can become profitable. Wagering requirements are stated as a multiplier, usually ranging between 25-40x the value of the bonus.

A no wagering bonus, however, removes wagering requirements from the equation. With these bonuses, what you earn is yours, and you can withdraw the funds straight away.

Our bonus calculator tool makes it easy to find out the amount you'll need to wager in order to meet your bonus's wagering requirements. Enter the deposit value and percentage, the wagering requirements, the contribution percentage of your favourite game, and whether your casino includes your deposit in the calculation. All of the details you'll need can be found in your casino's bonus terms and conditions. Once that's done, click 'Calculate'!

The best real money slot sites in Canada are served by the industry’s top game developers – check out the catalogues of these five creators.

We’ve already discussed Immortal Romance, which is just one jewel in the crown of legendary casino game developer, Microgaming. Other titles to try out include Thunderstruck, Game of Thrones, and the progressive jackpot, Mega Moolah.

Swedish-based NetEnt continues to treat the online gambling community to a rich harvest of slot titles. Over the previous decade, NetEnt’s Gonzo’s Quest and Starburst have been regularly cited as the world’s greatest ever slots.

Play’n Go’s slots are specifically designed with the mobile player in mind. Its games are known for their bold colours and strong thematic concepts, and among its best is the iconic Rich Wilde series, which takes players on a search for lost treasures.

Pragmatic’s slots are often bright and cheerful, and the studio is famous for developing quirky, light-hearted themes. Nowhere is this more apparent than in the slots The Catfather, Chilli Heat, and Wolf Gold.

Yggdrasil’s brand takes inspiration from the cosmological Norse tree of the same name. As such, its slot titles are often based around notions of war, mythology and heroes – examples include Valley of the Gods, Vikings Go Bezerk, and Super Heroes.

Ready to Spin for Real Money?

If you’ve had a look at our casino recommendations, found a site you like, and have sampled the free-to-play version of your slot of choice, then you might just be ready to spin the reels for real money. Take a look at our expert reviews, compare welcome bonuses, and play at one of the best real money slots in Canada. 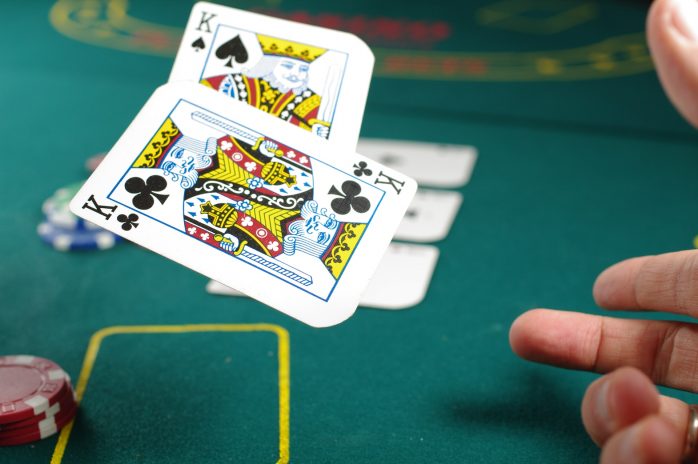 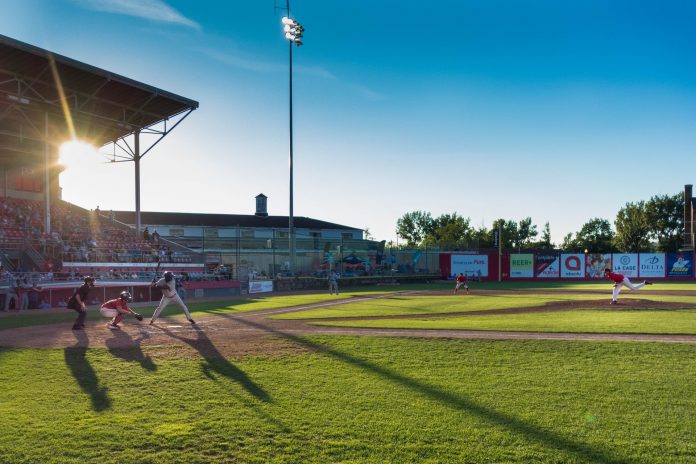 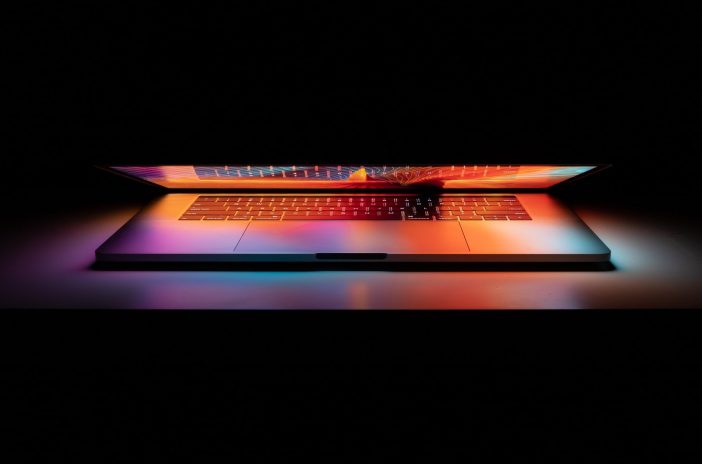