Which Boxer’s Memorabilia is the Most Expensive?

Sporting memorabilia comes in all forms, from signed shirts and photos to match balls and tennis racquets. The value of these items can have a dramatic range, depending on the source, the occasion, and the circumstances of the event.

In the boxing world, it goes without saying that memorabilia from legends such as Muhammad Ali, Mike Tyson, Floyd Mayweather Jr, and Manny Pacquiao all come with a hefty price tag. In fact, the gloves worn by Ali during his contentious fight with Floyd Patterson in November 1965 were bought for $1.1 million in 2014 – almost 50 years after the fight.

With this in mind, BestOnlineCasinos.ca set out to determine which boxer’s signed memorabilia attracted the biggest sum at auction. To do this, we delved into the archives of several selling sites to identify which boxers had the most memorabilia available online and how much they were being sold for, before calculating an average across all postings.

The Most Expensive Memorabilia of Current Boxers

Out of all boxers still currently stepping into the ring, a signed glove from Kazakhstan’s Gennady Golovkin was the most expensive, with fans paying around £545.50 on average. That’s nearly £100 more than the second-placed entrant, Canelo Alvarez (£459.60).

In third place is Deontay Wilder. Having held the WBC heavyweight title from 2015 to 2020, Wilder’s gloves can be bought for around £281.66 if they happened to be signed by the man himself. Other boxers with costly memorabilia include Anthony Joshua, Tyson Fury and Joshua Buatsi. Our research identified that their signed gloves can sell for an average of £273.10, £243.07 and £129.99 respectively.

Along with the most prized gloves of current boxers, Golovkin, known as the ‘Triple G,’ also has the most expensive signed photos at an average of £188.01 ‒ just over £28 more than Anthony Joshua in second place.

Tyson Fury has the third-most expensive signed pictures of all active boxers, with his autographed pictures selling for around £132.49. That’s over double the price of signed photos of Chris Eubank Jr (£61.24) and three times more than Billy Joe Saunders (£39.56). Two-time former welterweight world champion, Shawn Porter, is on the more affordable end of the scale. You can pick up a picture of Porter and his signature for just £26.86 ‒ not bad for a boxer who has only been defeated three times!

The Most Valuable Signed Boxing Gloves

It should come as no surprise that legendary boxer Muhammad Ali takes first place with the most expensive signed boxing gloves. A glove bearing the heavyweight champion’s signature sells for an average of £2,009.28, which is far more than any other glove on the market.

Canelo Alvarez, the multi-weight champion, comes in second, with his signed gloves fetching an average of £459.61. This is just under £40 more than the third-place entry of Smokin’ Joe Frazier, whose gloves go for around £419.99.

In fourth place is the undisputed cruiserweight champion from the 80s, Evander Holyfield. If you’re keen to get a hold of some gloves with this boxing legend’s signature, you’ll need to set aside around £409.99.

Floyd “Money” Mayweather only comes in fifth place for the most valuable gloves. Despite the boxer’s nickname, our research found that his gloves sell for an average of £384.47.In seventh place is Manny Pacquiao, whose signed gloves can cost around £364.86. Trailing just behind this is George Foreman, with the boxer-turned-entrepreneur’s autographed gloves fetching around £329.99 when sold online.

The Most Expensive Signed Pictures

When it comes to signed photographs, once again Ali tops the table. A signed photo of this sporting immortal is estimated to set you back around £3,261.14 per picture. If you wish to purchase a signed glove from Ali, you can expect to pay around £2,635.20.

Olympic gold medallist and two-time former unified world heavyweight champion, Anthony Joshua, comes in third place ‒ his nine signed photographs fetch around £159.44 on average, narrowly ahead of Mike Tyson with an average price of £152.49. Despite once being known as “The Baddest Man on The Planet” , as well as being one of the sport’s greatest ever products, the cost of Tyson’s memorabilia averages around £217, which is less than a tenth of Ali’s.

The now-retired Manny Pacquiao takes sixth place. He’s regarded as one of the best boxers of all time, and if you want a signed picture of his, you’ll have to pay around £113.18.

Both Roberto Duran and Sir Henry Cooper’s signed photos cost an average of £69.99. This means you could buy 23 of each and still have spare change before you hit the same amount as a signed picture of Ali. Comparatively, for an autographed photo of Roy Jones Jr – a boxer who once won 13 fights in a row – you can expect to pay around £67.99.

Boxers with the Most items Available

As expected, some boxers have more memorabilia available to purchase than others, which could be down to sourcing issues or general public demand. You’re in luck if you’re a fan of Manny Pacquiao, as our research found 77 of his products available online at the time of posting, including gloves, photos, shorts and boots.

Following not far behind are Tyson Fury and Mike Tyson, who had 72 and 70 pieces of memorabilia available respectively. Of all the products on offer, you’re most likely to be able to get your hands on a signed glove ‒ between Fury, Tyson and Joshua alone, these three champions have sold 137 pairs of gloves. Mega fans of Fury can alone purchase one of his robes if they fancy it.

Other famous boxers with high quantities of memorabilia include Frank Bruno and Floyd Mayweather. These world champions have 35 and 26 pieces of signed memorabilia respectively, across multiple selling sites at the time of writing.

However, fans of Vasyl Lomachenko – nicknamed The Matrix, Hi-Tech and Loma – may find it trickier to source memorabilia, since we were only able to find 18 items available to purchase online at the time of writing. Of these, all items were signed gloves. 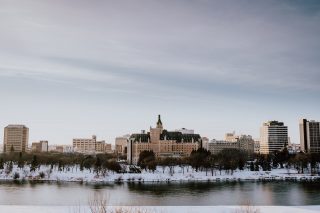 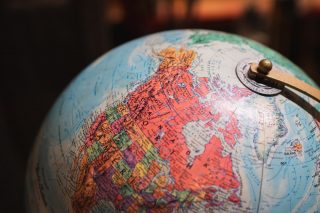 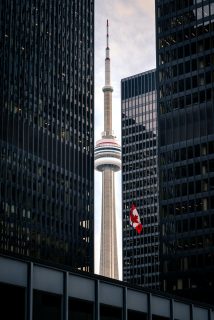